COVID-19 UPDATE: A MESSAGE TO OUR CUSTOMERS AND VENDORS - DOWNLOAD PDF HERE

Stormwater: The Last Frontier in the Business of Water

In 2016, Adam Lovell, Executive Director of Water Services of Australia, was quoted saying, “We lead the world in [water resource management] except having stormwater properly incorporated into the urban water cycle.” 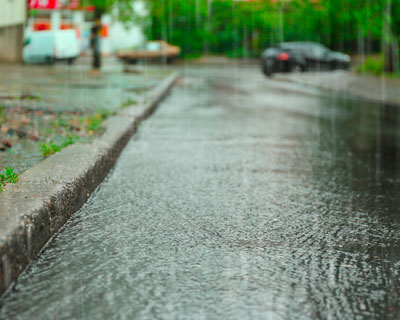 Since then, stormwater has often been called the last frontier in water management.  Access to clean drinking water has been critical to the survival of mankind throughout human history.   Systems that assure access to clean water are very well established throughout the United States. Wastewater treatment systems are also very highly developed in this country, as raw sewage is immediately dangerous to both human health and our ecosystems.

Stormwater, on the other hand, has been treated as a disposable asset, and traditionally has been collected and directed away from developed areas as efficiently and rapidly as possible.  Our developed areas have been essentially waterproofed. As urban growth increases, vegetated areas are replaced by impermeable surfaces such as roofs, sidewalks, roadways and parking lots.  In these locations, runoff volume during and after storm events increases significantly. Our reaction has been to create infrastructure to remove these storm surges from the developed area.

This infrastructure includes drainage swales along our roadways, and subsurface municipal drainage systems including manholes, curb inlets, frames and grates and drain pipe.  After collecting this water, it has been drained directly into our streams, rivers, lakes and oceans.

Only in recent years have the destructive results of these practices come to light.

Here, in no special order, are some of those consequences:

Team EJP has been fully engaged in the business of water since its doors opened in 1955 in Gardiner, Maine.  Long recognized as an industry innovator and leader, the company’s history reflects a passion for the water industry.  In fact, in 1968 company founder Everett J. Prescott launched the company’s Quality, Conservation, Revenue (QCR) program, a full four years before the Clean Water Act was signed into law in 1972.  While water conservation efforts make headlines today, that was not the case in 1968, but Mr. Prescott already had a vision for the water industry’s future.

At the local level, changes are very real.  In 1974 Bellevue, Washington established the first stormwater utility in the United States.  Today, just 45 years later, there are nearly 2,000 stormwater utilities in our country, and that number will surely continue to rise at a rapid rate.

The American Society of Civil Engineers (ASCE) has likewise recognized the growing national emphasis on stormwater management.  The association has produced water infrastructure scorecards for years for the drinking water and wastewater industries. It has announced that a third category, stormwater management, will be added to its national report card for 2021.

It should be noted here that overall ASCE grades for America’s water industry in recent decades have not been strong.  As Everett J. Prescott, Inc. Chief Executive Officer Peter E. Prescott states, “Our investment in the water infrastructure of this county has not kept pace with the demands of our present and future.  And the longer we wait, the more serious this problem will become.” 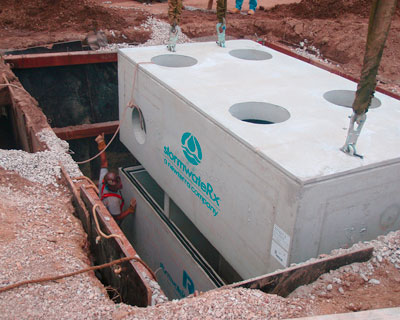 Today, Everett J. Prescott, Inc. offers a full line of products in stormwater management.  Solutions for challenges such as stormwater storage, detention, filtration, separation and biofiltration are all available.  Also offered are products to assist with water infiltration, erosion and sediment control, ground stabilization, and drainage.

It is estimated that annual investment in stormwater infrastructure in the United States will reach $7.9 billion by the year 2023.  The rules of engagement have changed. Just a half century ago, there were no rules in place to protect property owners from harmful impacts of stormwater runoff and sedimentation.  Property developers must now guard against any harmful downstream impacts caused by stormwater runoff, including pollution, sedimentation and erosion.

Everett J. Prescott stands committed to partnering with our vendor partners and clients to offer the very best stormwater solutions in the months and years ahead.  There is a big job to do and not a moment to lose.